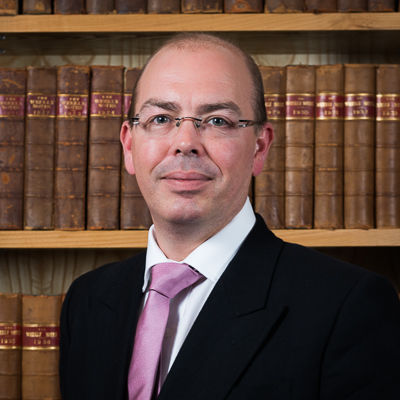 Gareth Underhill is an experienced criminal advocate acting for the Defence in a full range of medium to heavyweight cases. He routinely acts for the Defence in a wide range of cases, from serious violence, such as murder and attempted murder, to serious drugs offences (eg, conspiracy to supply Class A), as well as kidnap, and the more frequently prosecuted sexual and public order offences, offences against the person, and Theft and Fraud Act and other financial offences.

He is also a Grade 3 Prosecutor instructed in the more serious or complex Prosecution cases. He has been led by both Queen’s Counsel and Leading Juniors in complex and lengthy trials, with a particular emphasis on serious fraud work.

Mr Underhill spent seven years as a senior member of the legal team in the Criminal Appeal Office, working directly with the Registrar of Criminal Appeals. As a result, he is able to offer a particular insight into the practice and procedure of the Court of Appeal (Criminal Division) and is regularly assigned by the Registrar as Counsel for Appellants who are otherwise without representation. Recent work in this area has concerned advice on the prospect of obtaining leave to appeal in relation to a 2005 murder, where fresh evidence has now come to light and where cell site evidence at trial is to be re-investigated.